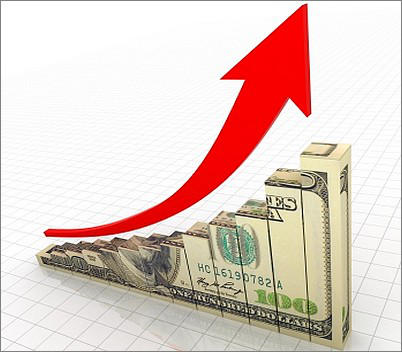 Coronavirus and the measures it has provoked have caused a large blow to the global economy. For the first time in decades, China has not shown growth, while Europe speaks of the largest reduction (-7.5%) in the history of the EU. However, while such news does not cause panic, and although a negative scenario cannot be ruled out, one can still say that the largest crisis is also one of the quietest as people’s attention is focused on issues of health, not economics.

The minimum level of protests (they, of course, exist, it cannot be said that they do not) is caused by the fact that states have decided to move ahead of schedule. In many countries of the world, programs of support and benefits for business, as well as direct cash assistance to the population, are being adopted. Feeling the fear of death on the one hand, and at least minimal help on the other, people are ready to wait for the end of the epidemic, denying themselves a number of freedoms. International and national institutions, despite all the criticism, have, nevertheless, managed to orient themselves in rapidly changing circumstances and adjust supply chains in such a way so as not to paralyse the entire system.

But besides this, there are companies, industries, and even entire countries that were able to prove themselves during the crisis, increasing profits. The suppliers of medical equipment, pharmaceutical companies, and manufacturers of masks and all kinds of protective items are ones that come to mind to begin with. Then come the video and delivery services: Zoom has been a huge success, along with services such as Glovo and Uber Eats, which have been mentioned more than once. They are followed by online entertainment services: Netflix already says that this spring has become the most profitable in its history. And even for giants like Apple, with a diversified set of products and services, the share of sales of services has seriously increased, despite a small decline in the purchase of devices: the company maintained growth even amid the crisis, showing 58.3 billion USD in revenue in the second quarter.

What’s more, against the backdrop of a total decline in the auto industry, Tesla is showing revenue and sales growth. Of course, the company is looking at the next months of the recession without illusion. Regardless, however, the current crisis has not done its worst in this regard: net income of the electric vehicle manufacturer was 16 million USD, while revenue (excluding special items such as payments to shareholders) was 227 million USD. Sales jumped too for one of the largest manufacturers of home goods – P&G. At the same time, it was precisely the sales of household chemicals that pulled in revenues, while the demand for cosmetics fell significantly. The company’s net revenue for the quarter was 17.2 billion USD, while net profit was nearly 3 billion USD.

Some countries are also reporting continued economic growth. For example, Egypt, even with all its dependence on the collapsed tourism industry, expects to maintain GDP growth at 4.2%. Several industries will help the country in this of course, including construction, agriculture, and communications. A good investment situation is also developing in those regions that were able to quickly localise the virus, go through the epidemic, and began to return to normal life. Among them are Australia and New Zealand, both showing steady growth.

Each of these examples demonstrate that, despite the interdependence of individual industries and national economies, the presence of stable supply chains allows different sectors to overcome the crisis in different ways, without overturning everything into total chaos and ruin. Against this background, Ukraine, of course, is not in the most advantageous positions. But even with effective state support we have the opportunity to quickly recover from the kill switch.